Feminization Fiction Brought to You By the Mistresses of Sissy School

He surveyed the table, a candlelight dinner made for seduction, before he answered the door. His heart skipped a beat as his eyes took her in. She wore a fitted burgundy burn-out velvet dress, floor length, with mandarin collar. Her hair was in loose curls, and her eye makeup was dramatic in rich plum tones. She smiled warmly at him. 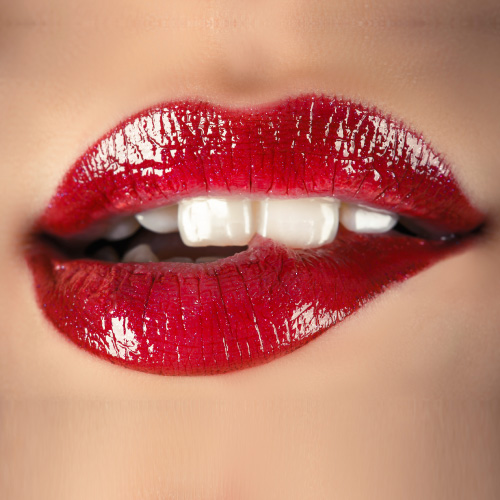 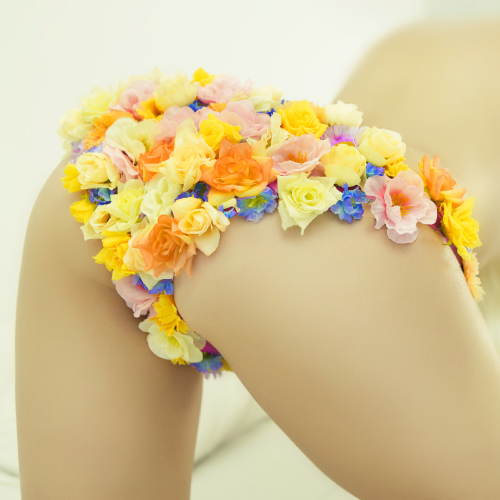 He led her to the table he prepared, which she complimented. Dinner went well – good food and conversation. He was nervous; did she really not mind that he liked to dress in women’s clothing and wear makeup? Because he was overly self-conscious, he nixed his usual bra and panties and wore his tidy whities. His balls itched, and his briefs chafed every time he moved. He readjusted himself in his chair, seeking relief that wasn’t there.

She reached for her purse at the edge of the table. She retrieved a compact mirror and lipstick. She uncapped the tube and slowly rolled the color into view – Clinique’s Black Violet. She briefly glanced at him, then smoothed the silky color across her lips. She pressed her lips together to set the color, then tossed the tube and compact into her purse and zipped it shut. That noise! His cock twitched.

“Shall we dance?” she asked.

They stood and embraced, moving to the slow, sultry rhythm. He forgot his bvd prison as he smelled her hair and felt her soft body press against his. Their passion simmered. She looked up at him, and he bent down to kiss her, slowly at first, then hungrily. Their embrace became closer, almost painful, as they tried to meld their bodies while dancing.

He took her hand to lead her to the bedroom. She grabbed her purse as they walked by the table. He lit some candles while she pulled the bedcovers back. She sat on the bed and bent forward to unbuckle her ankle strap burgundy velvet pumps.

“Let me.” He knelt down and stopped her. He tenderly unbuckled her straps and cradled her feet in his hands. He kissed her toes, and she giggled.

They both stood and kissed each other again full on the lips. She grabbed his lapels and pulled off his dinner jacket. She looked him in the eye as she loosened his tie and unbuttoned his shirt. She combed her fingers through his chest hair and smiled impishly. She turned around so he could unzip her dress, grabbing her hair to the side as he pulled the zipper down to the small of her back. He kissed her shoulders as he slid the dress off. She stepped out of the dress; he picked it up and draped it across the chair. He pressed himself against her back as he kissed her neck and caressed her sides and belly. He looked down over her left shoulder to her breasts encased in a burgundy velvet demi-cup bra. He caressed the outside of her bra and soon felt her nipples harden. He rubbed the front of his pants against her matching panties.

“Take your pants off,” she said. She turned around and watched as he took his pants off. “Where are you panties?” she asked, disappointed.

“You really don’t mind?” He was stunned.

“No, I don’t. Please put on some panties. I won’t peek,” she giggled as she turned around. He hurriedly took his male underwear off and cursed them. He grabbed his periwinkle silky panties and put them on.

“Okay, I’m decent,” he said. She turned around and smiled.

“Looks like you’ll be outgrowing those panties pretty soon – looks like something is trying to peek out!”

He reached out for her and grabbed her close. They kissed hungrily, teeth clinking. They tried to kiss deeper, as if that were possible, trying to devour each other’s face, trying to reach the soul. Their panties were wet now. She pulled him onto the bed. She arched her back as he reached beneath and unhooked her bra. He bent down to suck her nipples.

“Wait!” She reached over to her purse and retrieved her lipstick. “Let me put some on you. I want you to cover me with lipstick kisses.” He couldn’t believe what he heard. But he felt that electric feel of the silky color glide across his lips. His cock hardened even more, and it took everything in his power not to rip off his and her panties and plunge right into her.

“Now you may kiss my nipples,” she said after applying the sixth coat of lipstick to his lips. He sucked her nipples, leaving lipstick impressions smudged across her breasts. He kissed her mouth again.

“Ah, time for more lipstick!” She applied six more coats. “Now put some on me.” He applied two coats to her lips. “Now my kisses will leave marks, too!”

He kissed her on the lips one last time before making a Black Violet trail down to her belly button, which he french kissed. Her belly button was surrounded by lipstick and looked like a little mouth saying “Oh!”

“Hand me some pillows. I’m going to be down here awhile.” She laughed and threw two pillows at him. He caught them, spread her legs wider, and put them under her hips.

“Lift up some more.” He tapped her butt. She lifted, and he pulled her panties off. He saw her wetness as he fluttered lipstick kisses from her right knee up her inner thigh to her pussy. He planted his mouth to her lips, wrapped his arms around her hips and thighs and stayed there for a half hour. The more she thrashed about, the harder he clung.

After about a half hour and 70-something orgasms, he came up for air and kissed her on the mouth. She had that far away look – she was a few galaxies away spinning around a star. When he got up to take his panties off, she focused her eyes back to reality.

“I want to straddle you.” He laid on the bed, and she grabbed her purse.

“Yes, and a few other things,” she grinned. “In fact, why don’t you put some pillows behind your back.” He grabbed the two pillows used to prop her hips; one was soaked in her juices. He placed them behind his back as she put four more coats of lipstick on his lips.

“Now for the lip gloss. Hmmm…I don’t seem to have brought any. But you have a ready-made lip gloss dispenser right here.” She grabbed his cock. “And I see it has blurped out a few drops already.” She rolled her middle finger around his slit and wet his lips with his pre-cum. “Ah, nothing like organic lip gloss!”

Sh straddled him, and he placed his hands on her hips as she put his cock outside her soaking honey pot. She sat on his cock as he gently pressed down. They snuggled close and kissed as they adjusted their bodies to a perfect fit.

“Now you need to be properly made up.” She dug into her purse; the makeup containers clinking together aroused him further.

“Whoa! I felt that,” she giggled as his cock twitched. “Ah, first things first.” She held up two nipple clamps.

“Oh!” was all he could say. She bent down and flicked her tongue across his nipples and then sucked them to a hard point. It seemed a direct route to his cock. He thought to himself, “Okay, what’s 8,044 divided by 23?” He had to do something to keep from getting too close to the edge. She tugged on his left nipple with her fingers and then placed the clamp on. He let out a groan, and she tugged his right nipple and then clamped it. Despite the pinching, his cock throbbed. She wiggled her hips. She retrieved a medium purple eye shadow.

“I know purple is your favorite color,” she said as she twirled her sable brush into the color. She gently tapped on the side to let the lose powder flutter into the container. He shut his eyes, and she brushed the powder onto his left eyelid. She repeated the procedure, until both lids were covered from lash to brow. He felt her drag the shadow out to the sides of his eyes making a point.

“Nope, you’re going to have dramatic Egyptian eyes tonight.” She clapped the container shut, clinked it into her purse and retrieved an eyeliner. “Grape!” she pronounced. She kissed him on the lips and raised her hips up and down several times.

“1,601 divided by 32,” he thought. She stopped and opened the eyeliner. The brush made a vacuum sound as she pulled it out. It had a very thick brush; this was going to be a heavy line. She painted a line across his left lash line, frequently dipping the brush to get more liquid. He felt the sticky coolness glide across his lash line and all the way out about a half inch upwards from the outer corner of his eye. He couldn’t take it anymore. He exploded inside her, gripping her back and burying his face in her neck. They held each other for a long time. She sighed.

“I’m still not done yet.” She pulled the liner brush out and started lining his other eye. He laughed. “Sshhh! Hold still!” she scolded. He suppressed his laughter for the most part, at least until she was able to line his other eye. “Hmmm, me thinks you’re still quite hard,” she wiggled around. She returned the liner to her purse and dug out some mascara. “Purple with sparkles!” His eyes widened.

“7,016 divided by 24,” he quickly concentrated on his latest long division. She tortured him by slowly unscrewing the cap.

“Look at that color and those sparkles!” she gushed, holding the wand up to his face. He automatically opened his mouth as she brushed the mascara onto his upper lashes. She slid the brush into the tube and pulled it out to do the lower lashes. She repeated the process on his other eye. Back and forth until he had four layers of mascara.

“Now more lipstick!” She applied six more coats across his organic lip gloss. “Ah, you need more lip gloss.” She squeezed her pussy muscles. She felt his spunk slide out, and she reached her fingers under her and wiped them around his cock and her cum-filled pussy. She smiled as she slicked her two wet fingers across his lips. She kissed him passionately again, their teeth hungrily clinking against each other. She dug her fingers into his shoulders as he grabbed her ass and raised her up and down. Soon their rhythm quickened; the wave building and edging higher for both.